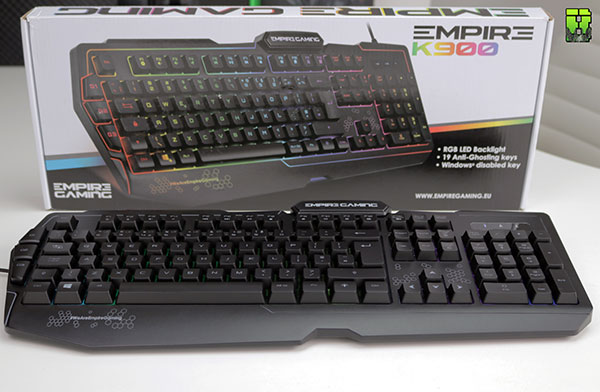 As you know I’m always on the lookout for new gaming gear to look at. Empire Gaming contact me and asked if I would like to look at their Empire Gaming K900 Keyboard as part of my #thriftthusday YouTube series where I review budget gaming gear. If you want to see my thought on this keyboard then check out my YouTube review below where I go into a lot more detail.

DESIGN/SHAPE – It’s a 105 key layout which is finished in black. There is a built-in palm rest which isn’t too long. There are some feet that you can pop out to raise the keyboard as well as some cutouts for styling on the base. It comes with four rubber feet also which do a good job in preventing it from sliding. It has RGB lighting which also illuminates the top logo and the bottom left one. There is no cable management which is a shame but it could be added easily in future revisions. The USB cable is fixed to one side so this isn’t possible to change.
I’ve got the UK layout here and it’s nice to see a large enter key as well as decent size shift key if only the right side one. Overall it’s a traditional keyboard layout which I’m a fan of. I like the overall look of this keyboard with its RGB strips around the edges. I would like to see the top logo removed with the bottom left one remaining. If that top logo was removed for me it would be a great looking keyboard for this level of price. 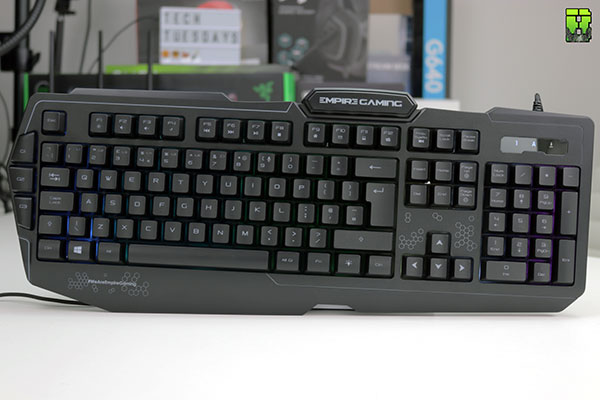 PRICE – Its priced at £25.90 and $25. At this price range, its classed as a budget keyboard but does it only have budget features? let’s find out. If you want 20% off then use the following promo code BDBKEY20 and the Amazon links below

BUILD QUALITY – This is fully plastic and expected for the price. There is some flex and its a little soft when pressure is applied downwards but when typing there wasn’t any bouncing in real life when typing and in the tests, therefore, none of this flex is a problem. The overall build quality is decent with no creaks, rattles or rocking insight so no complaints here from me. In the Fingerprint test, it proved to be good and it doesn’t attract them easy. 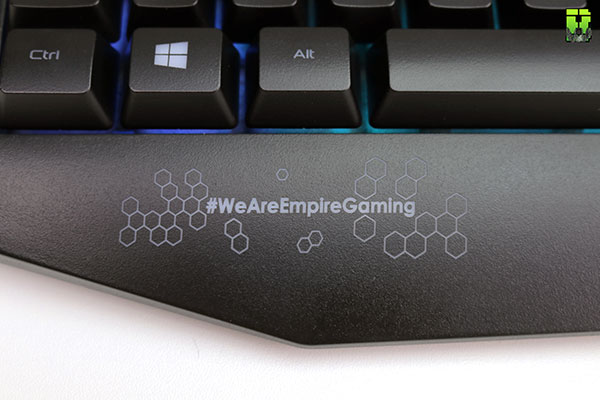 KEY SWITCHES are mechanical feel membrane so they have the longer plastic bar inside. I would estimate the press actuation at about 2mm.

KEYCAPS – These are painted and feel nice. I was impressed here how steady they are as there is pretty much zero keycap wobble. They have a slight curve to them which is nice and are a decent size to make it easy to type on. 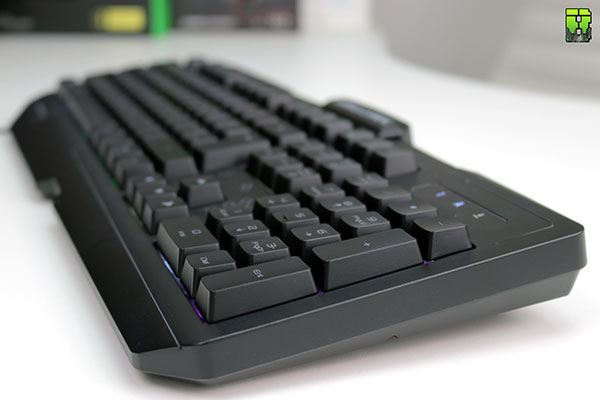 MY TYPING EXPERIENCE – I would like to see a few tweaks in a later version. I prefer a little more tilt as this keyboard for me is quite flat even with the feet out. If I could I would prefer a longer left shift key also as I find I hard to hit. The built-in wrist rest for me didn’t get in the way but at the same time as its quite small and thin. It didn’t support my hands and in my opinion, it’s not really a wrist rest and more part of the styling.
The actuation feels light for a membrane as some can feel very spongy and hard to press but this one doesn’t and overall is a nice typing experience. Does it feel mechanical not really but then it doesn’t feel like a membrane as much as you would expect so it’s between. Other than through personal grips I found that I was very accurate and didn’t have any issues gaming on it. 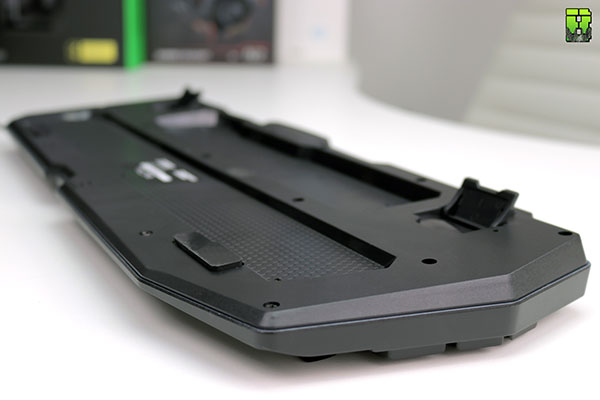 FEATURES – It has 9 modes for RGB lighting which can be seen in the YouTube video. This has a Built-in sound sensor to hear games or music so that the keyboard can flash in time. This is a cool feature that I’ve not come across before. Given the price, this has some decent backlit RGB lighting and modes.

You have the ability to save macros using the 3 gaming keys which are programmable without software. Its got 19 anti-ghosting keys which are the arrow keys and the usual gaming keys like WASD, QE, spacebar etc. There are 12 multimedia keys and you can also deactivate the keyboard’s Windows key so it doesn’t tab you out when gaming. The keyboard is plug and plays on Windows XP to Windows 10. 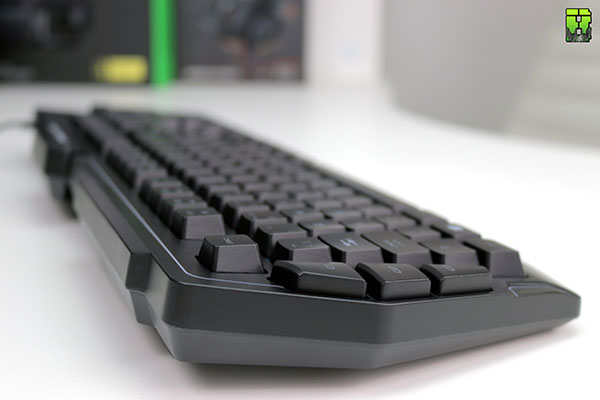 CONCLUSION – The overall experience with this keyboard was great and for this price, in my opinion, it over-delivers what is currently out there in the market at this price range. I’ve not come across a keyboard at this price which offers this amount of features while looking good. Yes I had some grips but then I do with most things I test and these were more my preference and might not be the same for you. So if you are looking for a good keyboard that has plenty of features at a budget price this is worth checking out.